A Paradigm Shift in the Financial Advisory Industry

The Financial Advisory market is ripe for disruption. Politicians want to see more financial service to the underserved and the technology to do so is in place. While customer acquisition costs seems to be the major challenge for start-up Automatic Financial -Advisors, the main challenge for established banks is prioritizing IT-resources between legal demands and innovative solutions.

Advising the less wealthy is associated with high risk and low profitability in today’s market.

Offering financial advice is associated with risks of miss selling. Advisors need to be well educated and follow a strict set of rules designed to protect the investor. These rules make it more attractive to advise wealthy, professional customers than non-professionals. When dealing with a non-professional customer the demand for documentation, risk assessment and your liability as an advisor increases.

On top of that, the common business model is that advisors are paid in proportion to the volume of a transaction or assets under management. This also makes it more profitable to focus on wealthy investors rather than less wealthy. So, because of regulation that was created to protect non-professional investors and the nature of business models, financial markets have become designed to favor the wealthy, making them wealthier while the less wealthy remain under-served.

The UK Government recognizes that people in general don’t care about their financial future and don’t understand the language used by advisors and regulators. Therefore they need professional help in handling complex financial issues. The stated goal of HM Treasury and UK Government is to help regular hard working citizens to do the right thing. In order to accomplish this, we are likely to see a paradigm shift towards pragmatism in the financial industry.

“It’s all about addressing the under-served”

Politicians recognize the need to simplify the regulatory code for investors with less complex needs. It should be possible to help people make informed decisions with-out the risk of being held accountable.

It should be possible to help people make informed decisions without

the risk of being held accountable”

The Financial Conduct Authority (FCA) is open to the possibility of creating a light-version of Financial Advice and call it Financial Guidance – helping customers make informed decisions rather than giving them advice. The Government is backing the proposal but it isn’t finalized yet.

Both Advice and Guidance will be regulated but with different responsibilities. Guidance, is information provided in a structured way for customers to make their own decisions.

Simplified regulation could make it worthwhile for Financial Advisors to pay attention to those who are currently under-served. Less expensive staff or even automatic advisory services also known as Robo-advisors could Guide this portion of investors at a lower cost and with less risk.

Will Automatic Financial Advisors disrupt the market as they hope to do…?

The Financial Advisory market is ripe for disruption. Politicians want to see more service to the under-served and the technology is in place.

Automatic Financial Advisors strive to offer financial services that are at par with services you may find in the best of Private Banks. Anything from cost efficient exposure, factor analysis for diversification, tax wrappers and personalized, dynamic portfolios where kick-backs are returned to you as the investor.

Many also include services that protect investors from making common mistakes, encouraging good financial behavior. In a recent study from Vanguard, Behavioral Coaching, helping customers avoid common mistakes, has a greater positive effect on savings than other services such as assisting in Asset Allocation or Rebalancing.

This indicates that helping customers avoid poor financial behavior can be more important than providing them with state-of-the-art financial tools.

“We will nudge what’s good financial behavior and reassure clients

in bad times. Kind of like a Private Banker would do.”

…or will the established Advisors divide and conquer?

“In the US, all first generation Automatic Financial Advisors, with a

few exceptions, have either exited, partnered up with established

financial institutions or changed their business model from

the same development in the UK and the rest of Europe.”

The initial buzz around automatic advisors have attracted a lot of curious users and early adapters but the dramatic increase of users has calmed down recently and the question is, how will automatic advisors survive when the traditional banks apply the same tools as the startups.

It turns out that customer acquisition is just as costly if you are a virtual advisor as if you are a physical one. According to an established advisory firm, their conversion rate from physical meetings is over 50% whereas conversion from emails or physical letters is around 2% at best.

Traditional banks are often accused of not being technically creative or pushing the FinTech development as hard as they should. In response to this, an established Bank Strategist explains:

“In Sweden, the two most commonly used FinTech applications are:

(a mobile payment system used by 5.4 million Swedes). Both are

developed by the major banks”.

Sweden has a total population of 9.5 million meaning that close to all adult citizens use these apps. This indicates that established institutions are capable of innovation and developing digital services that are useful.

No matter how large a bank is, its IT-resources are still limited. It is more likely that Compliance related projects will take priority over innovation.

2018 is lined up to be a real bonanza for Compliance related projects. The Banks’ IT departments are fully engaged in MiFID II compliance, PSD2 enabling, and GDPR readiness. In short, they need to make major investments to implement forthcoming legislation. Legislation which is designed to reduce their existing revenue streams as well as enable new competitors to make use of the Banks’ infrastructure.

Established banks fully understand the need to be innovative in digital services but the existing digital task-lists are fully booked. Also, improved digital services, like Automatic Financial Advice, is far from the only possible improvement.

The improved efficiency and cost cutting potential of Blockchain applications, Robotics and automation as well as from Artificial Intelligence are all fighting for attention in the internal budget processes.

It is normal to overestimate what can be accomplished in the short run and underestimate accomplishments in the long run. It will most likely take years before normal people who aren’t enthusiastic about financial investments start using automatic Financial Advisors

The point of the disruption of the Financial Advisory Industry is to take an exclusive service, previously available to the privileged few and make it cheap and commonly available. We may very well see a development similar to the flight industry where budget airlines offer a “no-frills” service which is highly automated and the customer pays for any and all extras. It has made flying slightly less comfortable but much more available and affordable. The challenge for the financial industry is that there may be a natural interest for cheap traveling and less so for financial planning.

appearing to lack knowledge, but have no problem doing so to machines”

Smart digital advisors with the possibility of human interaction seems to be the recipe for success. Strategic partnerships with established institutions or a B2B strategy appears to be what’s working in the US market.

Whatever solution evolves in serving those who are currently under-served, the most difficult challenge according to an established Bank Strategist remains:

“How do we help people postpone consumption today and save more

for retirement. Automatic saving-apps may be great but aren’t

even close to helping people save as much as they need to. People need to save

Whatever the future holds, understanding human nature and what causes people to make financial decisions, will play a critical role. Behavioral Finance will have an important role to play.

Have you ever said one thing and done another - Part III 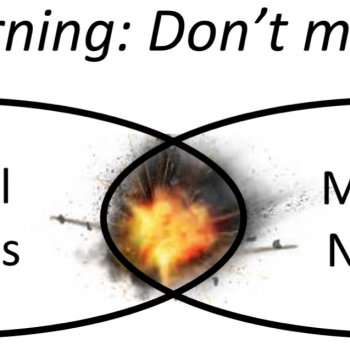 The Bare Bones of a fund offering 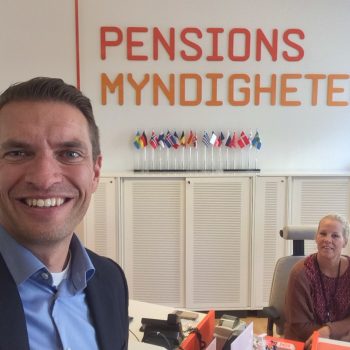